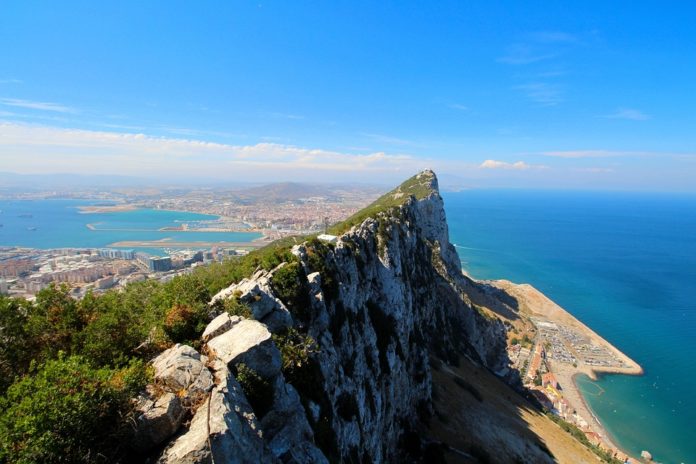 Gibraltar is a British overseas territory under the administration of the United Kingdom. The term “Gibraltar” comes from the Arabic Jabal Tariq, the mountain of Berber leader Tarik, commanding the Muslim invasion of 711.

Integrated in the crown of Castile since the second half of the 15th century, Gibraltar was occupied in 1704 by an Anglo-Dutch fleet in support of the pretender Charles III of Spain during the War of Spanish Succession. At the end of this war, Gibraltar was ceded to the British Crown by the application of the Treaty of Utrecht in 1713. Since then, the political future of Gibraltar has been the subject of controversy in the Anglo-Spanish relations.

The rock of Gibraltar, with cliffs rising up to 426m above sea level, can be seen up to 100km away. The size of this small state is only 6 km2. His visit is recommended and, the experience of living it, singular. After crossing the isthmus that separates the Rock from the continent, we arrive at an English town without leaving Spain.

A visit to Aruba .. the happy island in the Caribbean Sea 9 reasons

5 things to do in Macau